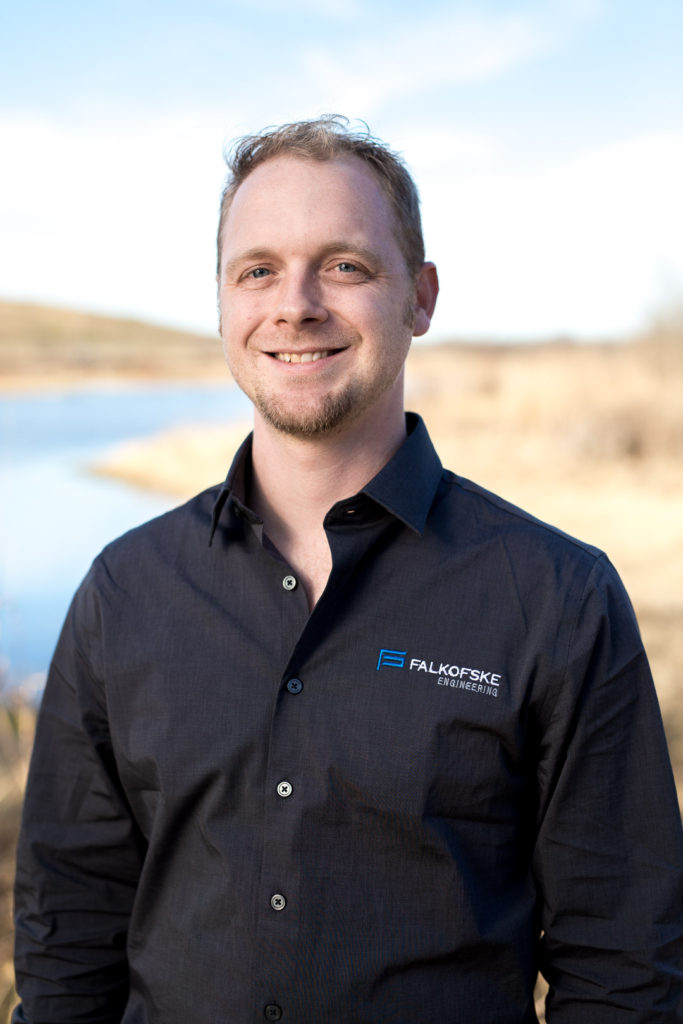 Aaron is an engineering project manager with Falkofske Engineering, specializing in retaining walls and slope stability. He brings an insatiable appetite to learn and understand more. Currently Aaron helps manage and train others in the firm while making sure that project deadlines and goals are met. He enjoys the personal interactions with clients and solving challenging engineering issues.

As a child Aaron would have been found playing with Legos, nonstop. He was always interested in how things came together and worked. He relentlessly asked his parents “why?”. With a natural draw to science and math, engineering was an obvious fit. After getting hired at Falkofske Engineering as a drafter in 2001, Aaron continued his pursuit of becoming a licensed engineer. In 2010 he received his license from the state of Texas. He has designed thousands of retaining walls and analyzed countless slopes for global stability.

Aaron has been married to Julie since 2009, has two young children, and lives in Arlington, Texas. He enjoys playing guitar, hunting, fishing, cooking, and watching basketball and baseball. He is actively involved in his church and plays guitar on the praise team.